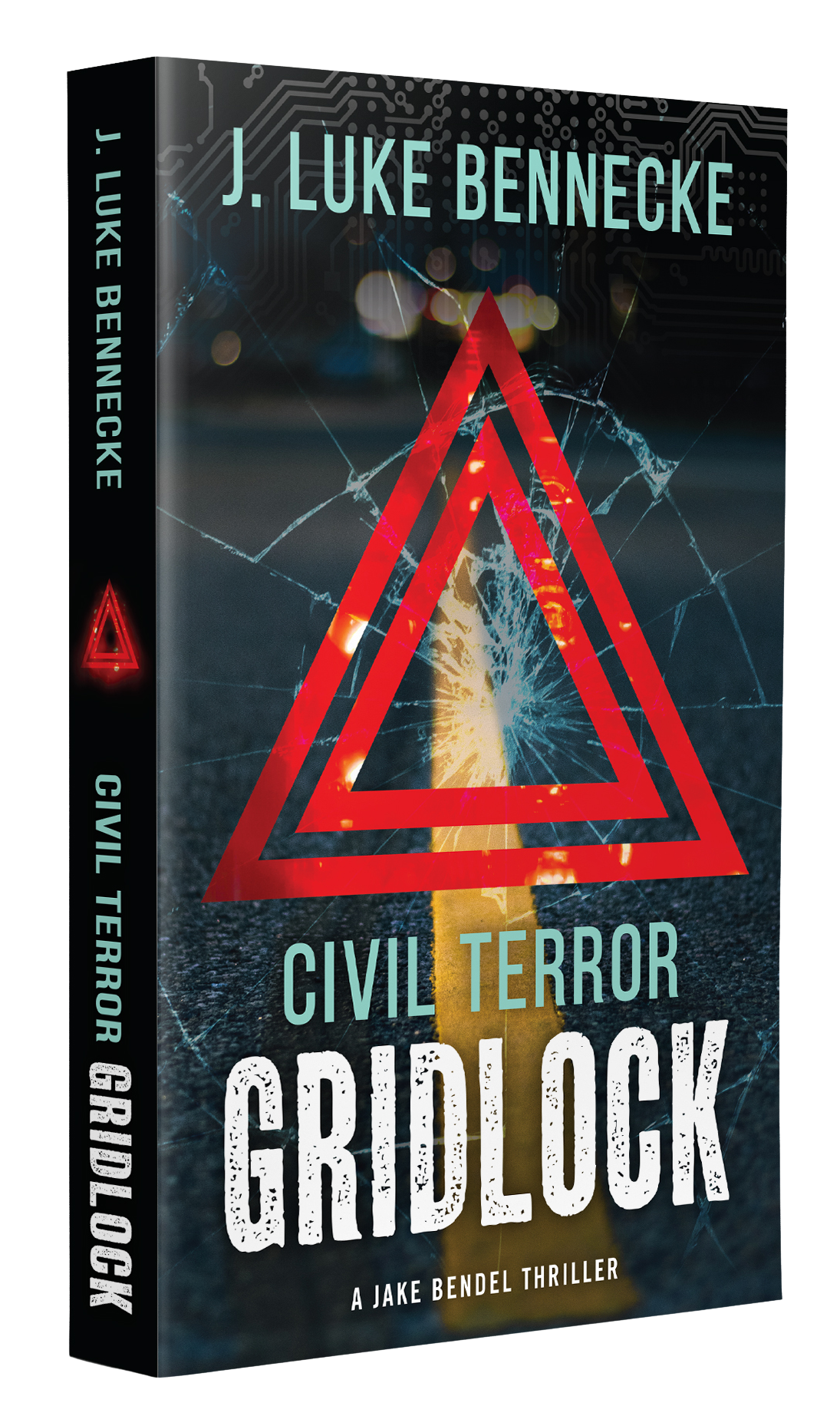 
Self-driving vehicles finally arrive. But so do the terrorists.

A riveting story raising questions about the security of artificial intelligence and self-driving cars.

Fed up with slogging through L.A. traffic to get to work, Jake Bendel and a team of experts create a roadway system for self-driving cars — preventing thousands of traffic deaths and reducing commute times from hours to minutes.

For three months there's been no traffic congestion. No accidents. No fatalities. People finally feel safe in their cars. But should they?

Disaster strikes when a supposed glitch causes a deadly attack on a busy California freeway, and the FBI begins connecting dots to a larger terrorist conspiracy at play.

Viktor, a tormented psychopath and the mastermind behind the ruthless attack, is driven by the voices in his head who guide his every move. While he and his brothers mercilessly annihilate Americans, Viktor plants evidence that convinces the public Jake is the architect behind the most heinous terrorist attack in U.S. history.

Viktor, a tormented psychopath and the mastermind behind this ruthless attack, is driven by the voices of his dead mother and Allah …who guide his every move.

But one rogue FBI agent believes Jake is innocent. Together they must race against the clock to stop a potentially fatal national attack that could claim the lives of millions of Americans in a matter of seconds.

A gripping tale from the first page to the last, this fast-paced thriller from a real-life traffic engineer will make you think twice about the looming autonomous vehicle revolution.

A story that will seize your attention and spike your anxiety. Take a deep breath and buckle in for a non-stop ride in J. Luke Bennecke’s ultra-fast-paced thriller.

A cyber-tale rooted in reality. Civil Terror: Gridlock is a thriller with surprisingly deep implications.

A series of dangerous and exciting events come to a head in a breathtaking climax to this book. Fans of technology and thrillers will undoubtedly love reading this book... A riveting story raising questions about artificial intelligence and security.

A frightening and compelling novel that will hit the sweet spot of many people these days. With ongoing terrorist attacks, climate change fires and hurricanes, and threats of nuclear war already on our minds, we are living in fearful times.

Enjoy the twists and turns of Bennecke’s gripping novel, then challenge yourself to dig deep and explore the vulnerabilities.

Fans of smart, fast-paced thrillers, like those by Clive Cussler and Tom Clancy, will gravitate towards Civil Terror: Gridlock.

A gripping tale from the first page to the last, Civil Terror: Gridlock will pull you to the edge of your seat as your blood pressure skyrockets and you are taken on a journey that twists and turns its way to the finish line.

Civil Terror: Gridlock is a very plausible and timely scenario that offers readers both adventure and anxiety. Readers will find themselves eagerly awaiting the inevitable sequel.

A novel where the civil engineer gets to wear the hero’s cape, vanquish the bad guy, and save the day.

A plot that those who enjoy films like Mission Impossible and the Bourne series would enjoy.

A terrifying glimpse into the near future. Completely recommend this debut novel.